Sometimes I convert HTML pages extracted from websites to Markdown using Pandoc. Here is an example using this command:

I found an easy way to clean the Markdown using Visual Studio Code “find and replace” feature with regex. Here is the regular expression that I used:

The ^ means beginning of a line. If you want to find this pattern in the middle of lines, just delete it.

The \[ \] means that I want to search something between squared brackets.

The (x*?) - here x is the expression just above - asks to capture a group using ( and ) , with the character x appearing zero or more times with * and once or none with ?. Maybe you are lost at this point! Anyway, because we asked for a capture, we will be able to use $1 as a variable containing the captured text!

Anyway, I then replace with $1 and here is the result, enjoy ! 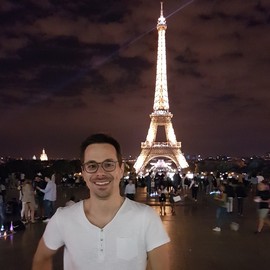 My research interests include distributed computing & human learning at scale.